On the boys side, Nakai Brock also turned in a masterful performance by finishing first in all 5 events he participated in. He won both 110 and 300 hurdles and also was on the 4 x 200, 4 x 100, and 4 x 400 relay teams that took first place. Elijah Alexander finished 2nd in the 200m while Darian Dillard took 4th in the same event. Junior Trent Harris finished 4th in the 400m event. Marquis Tucker took 2nd place in the shot put (40-3) while teammate Stevonn Henshaw finished 3rd in the same event with a throw of (39-0). The boys finished in 3rd place behind Rogers and Bowsher. Job well done by the boys track team! 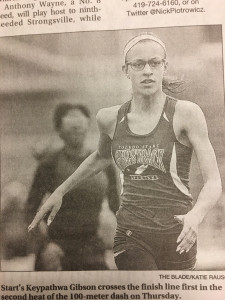 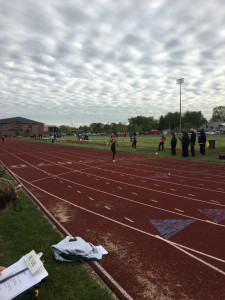