In a weird twist of events, one blocked shot led to another shot attempt which eventually led to a heartbreaking defeat for the Lady Spartans in the district final last Saturday at Lake High School. Perrysburg defeated the Lady Spartans 40-38 in overtime.

In their district semifinal game against Southview, the Lady Spartans fell behind twice by 8 points but went on 17-0 run spanning two quarters which eventually led to a resounding victory over the Southview Lady Cougars. The final score was 56-51 with Victoria Alexander leading the way with 16 points followed by Sincere Nicholson with 15 points and Keyaira Burroughs with 12 points.

The district final was a rematch from 3 weeks earlier when the Yellow Jackets dominated the Lady Spartans, however, this game would be much different. Mixing in different looks on defense, the Lady Spartans stood toe to toe with Perrysburg and looked poised to take home their first district crown since 2011. However, needing a stop on the final possession of overtime did not fall the way of the Lady Spartans as they watched a put back go in with .4 of a second on the clock. Alasia Easley led the way with 9 points.

They end the season at 15-10 overall. Great job ladies and thank you to all of the coaches who helped make this season a memorable one! 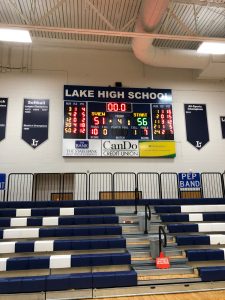 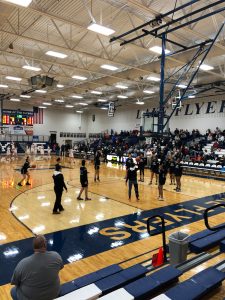