In a wild last second of regulation which saw a potential game winning shot and a full court pass and layup to tie the game, the Start Spartans survived an upset bid from the Northview Wildcats to win in overtime, 57-53. William Shirley’s put back on a missed layup by TJ Showers seemed to be the deciding factor until an unbelievable full court pass and layup by the Wildcats forced overtime. Northview jumped out to a quick lead in overtime but TJ Showers’ falling away 3 pointer from the corner put the Spartans ahead for good as they then sank 5 of 6 free throws for the final margin.

The Wildcats gave the Spartans all they could handle and seemed to have the game in control leading by as many as 8 points and 46-40 with just over 3 minutes to play but the Spartans forced several turnovers (17 total) which eventually led to Shirley’s potential game winner with .7 seconds left. Seniors Dashad Floyd (13 points) and Adrian Michael (13 point) continued to lead with their spirited play while TJ Showers led the way with 23 total points. Heavy defensive pressure by Ke’Vontai Payne also contributed to the victory.

Coming off a thrilling one point victory in last year’s district final over heavily favored Whitmer, the Spartans remained poised down the stretch to capture their 2nd district crown in two years and it is believed to be the first Toledo Public school to win back to back district titles on the boys side in Division I.

The Spartans set up another rematch from last year as they will next take on Lima Senior High School in the regional semifinal on Wednesday, March 11th at 7:00 PM. The game will be played at the University of Toledo Savage Arena. 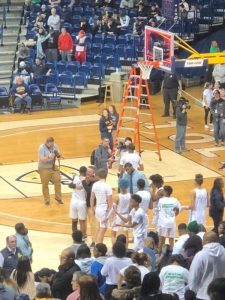 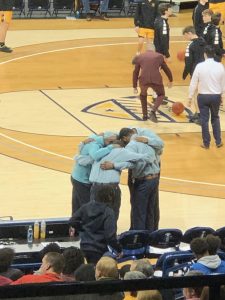 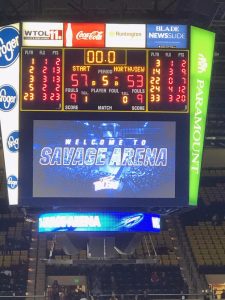