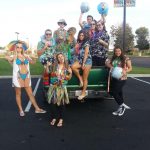 Multiple Teams · Feb 17 At the Beach 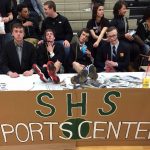 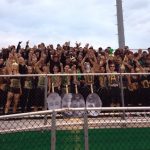 Student section getting rowdy during Blackout 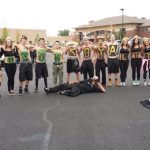 The JV Girls team won in convincing fashion today at Start by defeating the Bulldogs 26-4. The Spartans were lead by Jaz Worthy with 12 points and Ana-Elisa Covarrubias chipping in 7 points. The JV Girls move on to the City Finals against the winner of Rogers and Woodward. The game will take place next Saturday

Mia Cooper lead the Spartans with 12 points but Rogers went on a late run to overtake the Spartans 34-23. The Spartans lead 20-18 in the 3rd quarter but a late surge by the Rogers defense led to the win for the Rams.

The Lake Flyers defeated Start today 41-30. The Spartans were led by Genesis Brooks with 10 points. Their next game will be Tuesday at Fostoria.

Lead by Chase Wannamaker’s 14 points, the JV team defeated the Polar Bears on the road in a City League contest. Start was in control most of the game until Woodward cut the lead to two in the 3rd quarter. The late run by the Spartans secured another win in the City League.

The freshman boys team fell to Woodward last night 60-45. The Spartans cut the lead to 39-35 but the Polar Bears pulled away in the 4th quarter. The Spartans were lead by Malik Shabazz who had 14 points.